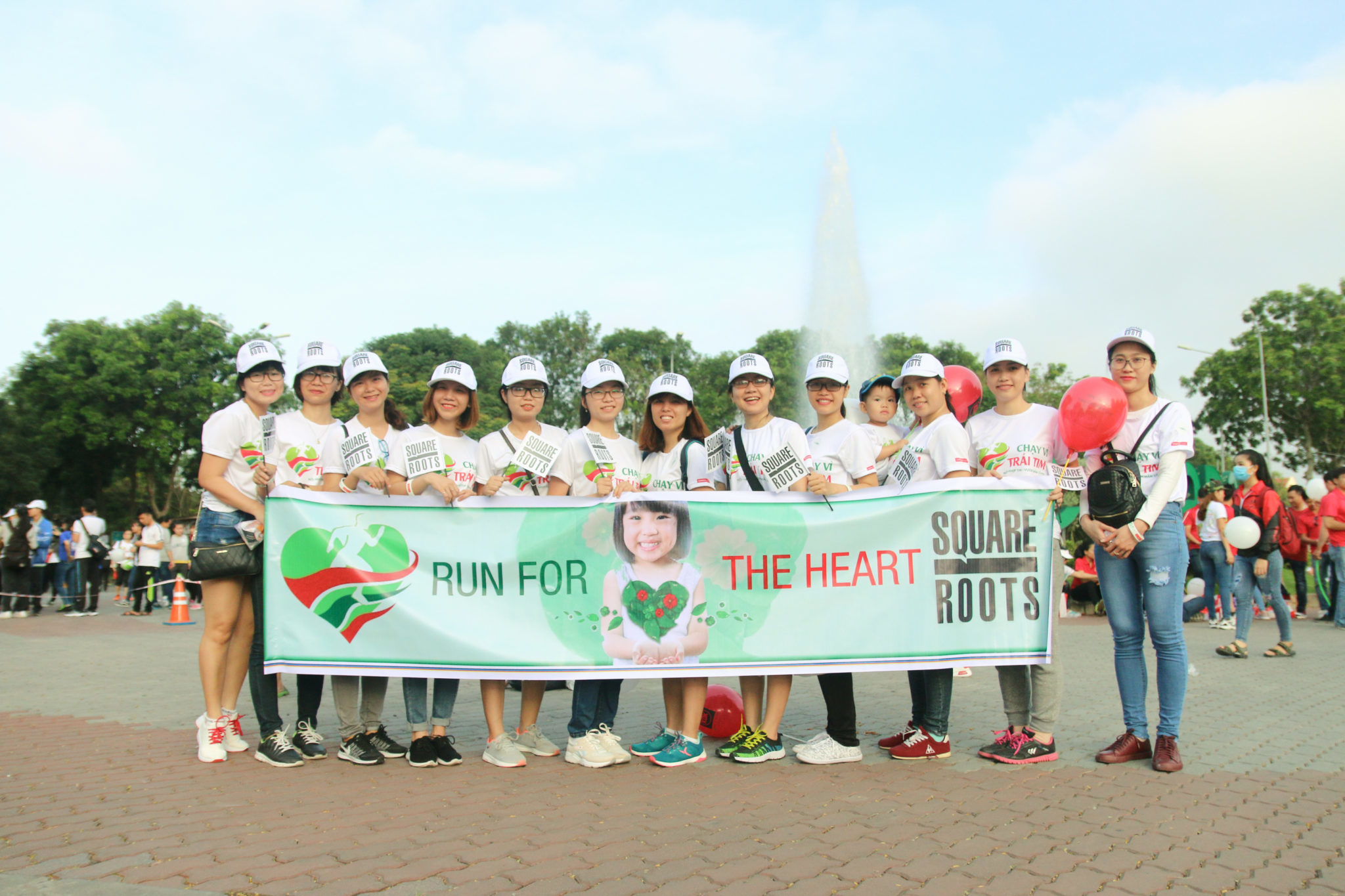 Posted at 06:58h in SQ Roots News and Notes by ces
Share

It’s estimated that more than 12,000 children in Vietnam are born with congenital heart disease each year.  Half of this number face lengthy waits before diagnosis and sadly some die before they are diagnosed.  Surgery and other treatments are recommended to be carried out as early as possible, but even after diagnosis, the average cost of $2,500 to $8,500 is too high for many families.

The 2017 goal was treating more than 120 children, Run for the Heart 2017 sought to mobilize at least 15,000 participants, including thousands of students at universities, the community in Ho Chi Minh City and neighboring provinces.

The Square Roots team of 30 people was proud and excited to participate in the program and were all issued certificates by the organizers.

“We expect that there will be more social activities like this program in the future so that our community in general and Square Roots, in particular, can join our hands with those who have less fortunate lives,” said Ms. Duong – HR Manager.